WINNER, Wildlife Photographer of the Year

Stefano is among the winners (once again!) of the Wildlife Photographer of the Year competition! He takes the top spot in the ‘Behaviour, Mammals‘ category with the image ‘Head to head‘: a stunning portrait of two Svalbard reindeer battle for control of a harem. 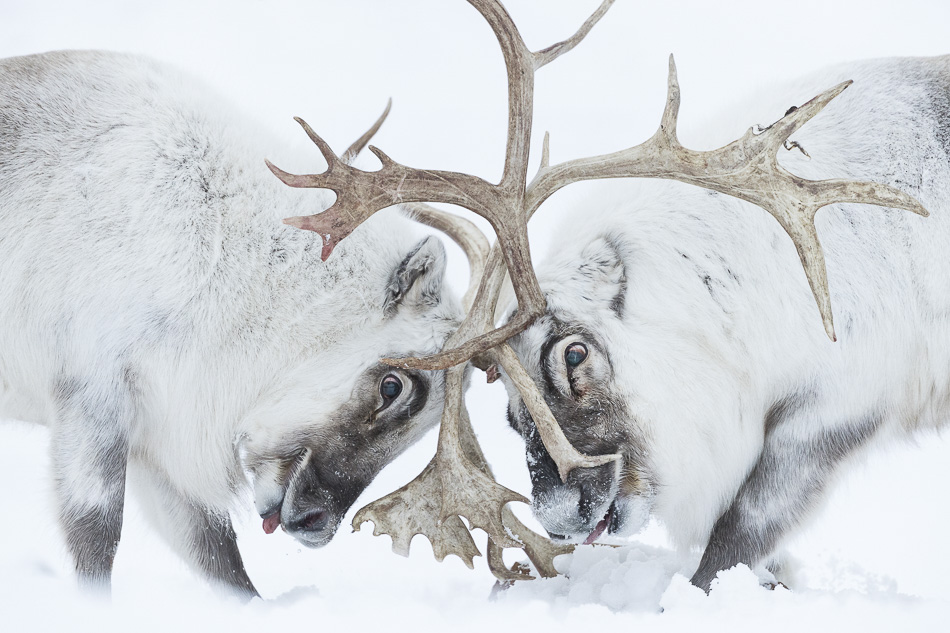 Stefano followed these reindeer during the rutting season. Watching the fight, he felt immersed in ‘the smell, the noise, the fatigue and the pain’. The reindeer clashed antlers until the dominant male (left) chased its rival away, securing the opportunity to breed.

Reindeer are widespread around the Arctic, but this subspecies occurs only in Svalbard. Populations are affected by climate change, where increased rainfall can freeze on the ground, preventing access to plants that would otherwise sit under soft snow