Veolia Wildlife Photographer of the Year

Stefano is one of the winner of this year competition “Veolia Wildlife Photographer of the Year” with the image “Killer in the mist” in the Animals in their Environment category! 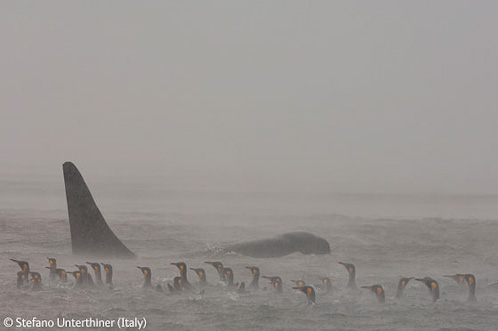 The winner photo, “Killer in the mist” (© Stefano Unterthiner)

Killer in the mist

The picture was taken in a torrential rainstorm on Possession Island in the sub-Antarctic Crozet Archipelago. A killer whale family was hunting king penguins and southern elephant seals just off a nearby beach. ‘Over four months, this was the first time,’ says Stefano, ‘that I saw killer whales so close to shore or to the king penguin rookery.’ The penguins were in a terrible panic, he says. ‘The drama was intense, what with the enormous male, its dorsal fin slicing through the grey water, and the simply terrible weather.’ Stefano spotted the killer whales from the cliff overlooking the beach and then spent more than three hours photographing them in whipping rain. ‘It’s one of the most unforgettable moments of my life.’ 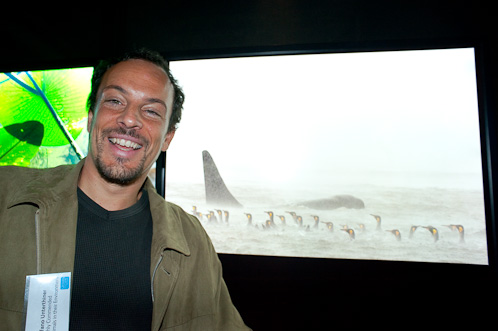 Stefano and his winning photo at the Natural History Museum in London (photo, Stéphanie Unterthiner)