A new article on endangered Sumatran rhino by Stefano Unterthiner, published in the January issue of Airone magazine (Italy). The article is focus on the catastrophe occurred at Sungai Dusun Centre (Malaysia), where the largest captive population of Sumatran rhino has been annihilated last November 2003. 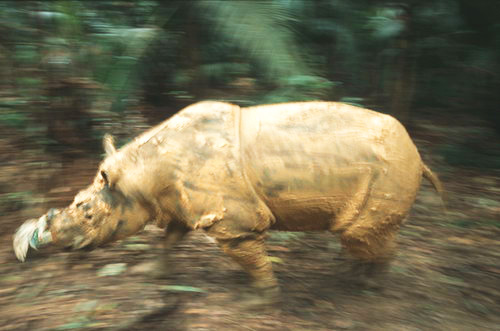 The Sumatran rhino is one of the most endangered mammals in the world: the population of rhino is estimated to be between 250 and 300 animals. For more information about rhino: www.rhinos-irf.org